I began noticing that I was saying the same thing in both episodes for the new Sisters of Battle ‘codex’ and the new Ogre Kingdoms armybook with regards to items or units that had been left out of said army lists for seemingly inane reasons. If you don’t listen to the show, or don’t remember, it was the fact that the Sisters of Battle were lacking an Arbites unit option in their core and how the Ogre Kingdoms had forgotten that they once lived near Cathay and lost the Samurai long sword option. Now, I understand that to most people these are fairly small details… but for me they are lost opportunities for invigorating long time gamers. Why?

Let’s start with the Adeptus Arbites:

These guys have been around since the start of WarHammer 40K and have always had small roles in either the fiction or the rules of the 40K-verse for many different armies and systems. If you don’t know what I am talking about here is a really basic overview of the Arbites…

SEE!?!? Fucking badass right? An entire army of Judge Dredd! Where as Space Marines are literally Marines in Space and Imperial Guard are the Space Army, Arbites are the local police force that have been put in place on highly populated Imperial worlds. It’s more than that though as they tend to be better equipped and better trained than the standard Imperial Guardsman, they even have specialised equipment and weapons that set them apart from the other armies we’ve seen in the WarHammer 40K universe. Combat Shotguns, Bolters with Executioner Rounds, Shock Mauls, and best of all they have GOD DAMN ROBOT DOGS! The Cyber-Mastiff is a massively cool part of the Arbites that would make a very interesting addition to the 40K landscape. No, they are nothing like cyberwolves. Go to hell.

Above: What all Space Wolf players need

If you are interested in learning more there is a good wiki entry to read with awesome details regarding all this, so I won’t bore you by listing details. My whole point here is that there is no reason to NOT have this army in WarHammer 40K as a unit choice or two in the Sisters of battle codex. In my opinion there are more than enough reasons to have an entire codex just for Adeptus Arbites! Just imagine the possibilities of an army that can draw from so much history and visual appeal. My fear is that Games Workshop will simply let this army fade into the background… I would paint an Arbites army in a second and get back into 40K if this army were to be released. The more people you talk to about Arbites the more you realize that you are not in the minority and that GW is ignoring a great opportunity to add more to their 40K range without having to dream up whole new armies or release bullshit armies that are little more than space marines of a different color.

So lets move on to Cathay:

I don’t think that anyone would ever in a million years complain about being able to play with or against an army made up of Samurai and Ninja. EVER! This empire is not only said to be enormous and powerful, but is mainly human in nature. Inspired with Japanese and Chinese influences the land of Cathay would make a wonderful addition to the WarHammer fantasy landscape. So much so that GW has said for years now that the army is ‘in the works’ and will be out soon. That was almost 10 years ago. The problem here is that they started too small. We all remember the Kislevites and how they were kinda neat but mostly pointless in the realm of WarHammer. Even with a massively awesome book by Dan Abnett the army still flopped and was shelved by GW after only a year or so as part of the actual rules.

People have been clamouring for this army since the fluff originally hinted at their existence. When the Ogre Kingdoms armybook was released with loads of Cathayan weapons and magic items, it seemed like the army would be right around the corner… but alas now we see the new armybook released without so much as a mention of the lands to the east and all items referencing it removed. Is it a dire sign that this army will never come into being? Or a sign that it is just over the horizion? What we do know is that Games Workshop has said nothing more about this possible army for years now… and honestly… that’s just not enough. 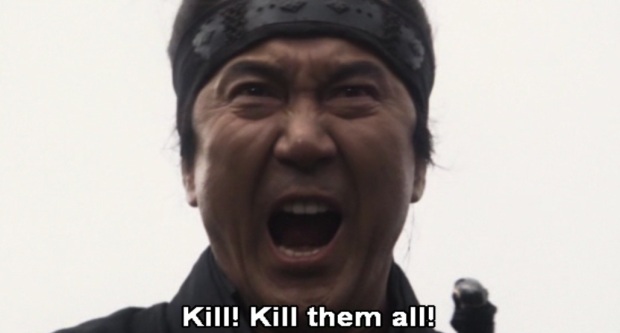 I mean shit! Are they worried that it will be TOO popular? Just imagine the lore and history that is being ignored by not having this army as part of the game. Watch 13 Assassins and tell me that you wouldn’t be hyped about playing this army.

Even if we only take a moment to look at the rules for what we have seen so far regarding Cathay we get the idea of an entire empire army that can take an AP/+1WS/+1I weapon in its standard core units. Badass right?! Celestial Dragons? Demon Samurai? Ancient Spirit Warriors? Terracotta soldiers? Golems? It’s as if you could come up with a massively diverse and interesting army without even trying… which makes you think exactly that. They aren’t even trying. I mean sure, I can understand why it took GW so long to finally release the new Wood Elves book. They are a difficult army to fit into the game in such a way that they hold true to their fluff. However, that’s just not the case with Cathay… so WTF?

This is yet another army that I would buy and paint in heartbeat should GW ever release them.

What this really comes down to for me is that there really is no excuse to NOT do these armies other than the fact that GW seems overwhelmed with the armies they already have and as much as I think everyone would agree that we could probably squeeze one more into each system, it would only make things worse. However is this a good reason to stop? Or should Games Workshop instead stop the unwanted practice of re-releasing new versions of models and units each time a new army book is released? Do we really need a new army of models to go along with our new armybook or codex every time it needs an update? Who knows… 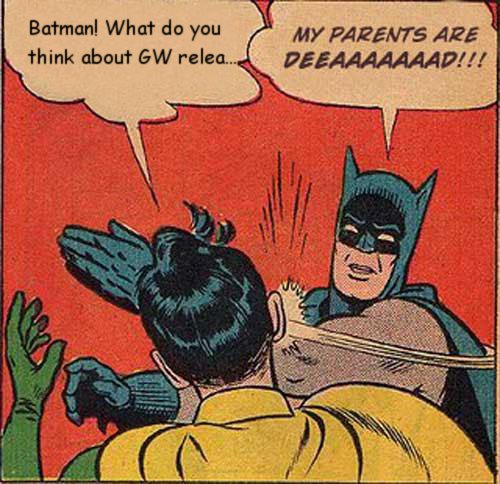 Batman does... but he's not telling

2 thoughts on “F*ck the Police! …and also Ninjas”